The Fraud Triangle – What Every Small Business Owner Needs to Know It’s an unfortunate truth that most business owners experience some sort of fraud.

When you began your business, you likely didn’t give much thought to fraud.

Retail operators have long struggled with the issues of “shrink” which accounts for about 2% of all sales.

And while shrink is a very real problem, fraud can occur in many other ways in a business. According to the FBI, non-healthcare related fraud is estimated to amount to over $40 billion dollars annually.

The reality is, fraud affects businesses of every shape and size, in every industry.

The National Association of State Auditors, Comptrollers, and Treasurers (NASACT) has developed a “10-80-10” rule.

If these numbers are even close to accurate, then every business owner should be extremely concerned about, and on the lookout for, fraud.

Which brings me to the concept of the “fraud triangle”, a term coined by criminologist Donald Cressey.

AN ENVIRONMENT FOR FRAUD

In order to fight fraud, a business owner has to understand why fraud occurs.

The Fraud Triangle explains that a business is ripe for fraud when three things exist:

You’ve likely heard someone say – “He was such a great guy. I just can’t believe he did that!”

People often act out of character because of pressure. That pressure can be real or imagined; emotional or financial. It may be invisible to everyone else, but pressure is almost always present for an individual to commit fraud.

Debt, substance addiction, medical issues, workplace stress, family needs, and relationship problems are all examples of external pressures. All of these can push an ordinarily honest person to consider committing fraud. Regardless of the type of pressure, the individual feels that the problem is unsolvable by other (legal) means. Often, this feeling is coupled with individual’s belief that he or she cannot share the cause of the pressure with others, for whatever reason.

Often, the opportunity trigger is a temporary one – for example, someone in oversight is away from operations unexpectedly. Or perhaps the employee is covering for a team member who is on vacation. In these situations, an employee is suddenly in a position to commit fraud – and that short of window of time can be a powerful trigger. The opportunity trigger is supported by the employee’s certainty that they will not be caught.

Opportunity can also be synonymous with “access”. When an employee has access to the tools, or even direct access to cash or physical goods of value, the temptation to steal or embezzle can be high.

Few people would be able to commit fraud without rationalizing the action to themselves. Whether they think they are owed something by the company, the company can “afford” to absorb the fraud, or they are intentionally trying to harm the company, there must be a justification in the mind of the employee to move from honest behavior to fraud. Rationalization can happen in the mind of an employee without anyone else knowing, so it is one of the hardest parts of the triangle to identify.

Most employees who commit fraud are not career criminals – they are first-time criminals who see themselves not as criminals, but as victims of circumstance. One common fraud begins when an employee rationalizes to himself that he is only “borrowing” from the company temporarily and will pay the money back.

Although there is no way to eradicate all risk of fraud, steps can be taken to mitigate the risk of fraud. Since rationalization and pressure are very difficult to identify as they can be hidden in the employee-driven, companies can invest in ways to reduce the opportunity for employees to commit fraud.

Opportunity can be monitored and controlled in many ways. Some examples include:

Companies may want to consider other steps to help mitigate risk, such as:

Although some fraud will never be uncovered, the following procedures can potentially uncover fraudulent activity:

You may be wondering “What about audits? Aren’t they supposed to catch fraud?” Well, the truth is that external audits CAN be a deterrent to someone contemplating a fraudulent act, audits are not designed to identify fraud. Most fraud cases are not caught even when audits are in place. If an audit is your only fraud prevention tactic, then you are opening your business up to significant risk.

Take some time to assess your business’ risk of fraud today. Do your employees have too much access? Are you setting a positive “tone at the top”? Do you do regular and detailed financial reviews? If you want help assessing your current risk of fraud, we’d love to talk to you. Book a call with our team today.

This website uses cookies to improve your experience while you navigate through the website. Out of these, the cookies that are categorized as necessary are stored on your browser as they are essential for the working of basic functionalities of the website. We also use third-party cookies that help us analyze and understand how you use this website. These cookies will be stored in your browser only with your consent. You also have the option to opt-out of these cookies. But opting out of some of these cookies may affect your browsing experience.
Necessary Always Enabled

Any cookies that may not be particularly necessary for the website to function and is used specifically to collect user personal data via analytics, ads, other embedded contents are termed as non-necessary cookies. It is mandatory to procure user consent prior to running these cookies on your website. 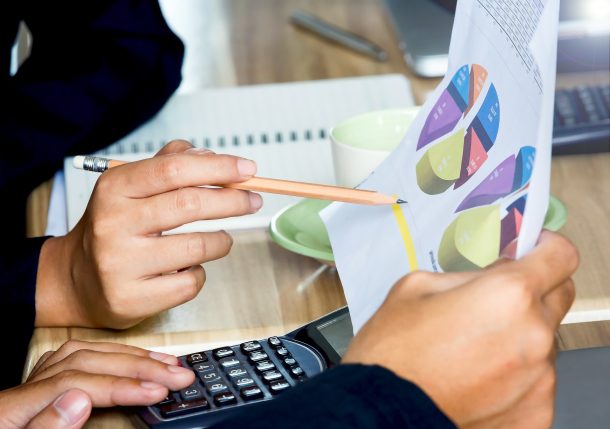 Are you looking for PPP and EIDL Loan Information?

Make sure to sign up and we'll do our best to keep you informed.  We send emails every 1-2 weeks to small business owners with digests, updates, and resources on this topic.

Thank you - you've been subscribed. Check your email for our resource roundup!